For over 100 years, ethanol blend fuels have been around and powered gas engines. Over the past few years, though, advances have been made to use non-grain material to create a clean-burning, high-octane energy source. Leading this progress is POET-DSM Advanced Biofuels. POET-DSM Advanced Biofuels is a cooperative effort between POET Biorefining and Royal DSM. The two companies have begun building Project LIBERTY, a commercial-scale, cellulosic ethanol plant located in Northwest Iowa near Emmetsburg.

Cellulosic ethanol is ethanol made from corn crop residue, including cobs, leaves, husk and some stalk. In Northwest Iowa where corn production is prevalent, there is an abundance of this residue, opening up opportunities for local producers like Kyle Elbert of Emmetsburg.

Located less than 10 miles from POET, Elbert sees cellulosic ethanol’s promising potential, and he has begun a custom cornstalk baling operation in response to the growing need for corn stover.

What began as a partnership with his father soon turned into a personal business for Elbert. His father saw a custom baling operation as a feasible way to get involved in the farming industry, and so he helped Elbert to get started.

"I think the Cornstalk Special is the best baler on the market along with the best service for balers,” Elbert adds. “The local Vermeer dealer service is great. They understand that when it’s time to bale, it’s time to bale."

“Right out of high school my dad and I bought a baler half and half,” Elbert explains. “It was a good way for me to get started farming since it’s pretty hard to start off on your own now days. Eventually [my dad] worked his way out of the custom baling side of the business. Now I run the baling side of things while he does row crop farming and feeds cattle. It works out really well that way.”

Putting up 10,000 cornstalk bales each year, Elbert has discovered that it takes an extremely durable machine to handle the coarse, dirty and difficult crop.

While Elbert did not start off with a Vermeer baler, he has since purchased two Vermeer 605 Super M Cornstalk Special Balers. With the help of these machines, he looks forward to beginning the fourth year of his operation.

“Other balers we’ve had weren’t built near as heavy as the Vermeer balers,” Elbert says. “One of the main advantages I see is that the pickup teeth are so much stronger. They don’t break and they last longer. With the type of conditions we’re baling in, that’s really important.”

Elbert says another thing he appreciates about the heavy build of Vermeer equipment is the improved resistance to dust and dirt that the O-ring chain offers. He says he noticed that the O-ring chains, as well as other heavy-duty components, make the baler durable enough to handle high-volume cornstalks.

Another feature of the Cornstalk Special Elbert finds advantageous is the powered windguard.

“The windguard helps in big windrows because it doesn’t plug up,” Elbert says. “You can drive a little faster, which is great because then I can get more done.”

In addition to a baler that can hold up to the conditions of cornstalk baling, Elbert also has to roll out as many bales as possible per hour. With any kind of baling, either hay or cornstalks, operators have to fight weather conditions in order to harvest their crop. Whether it be dealing with a drought or too much moisture, efficiency is crucial since the job has to get done while Mother Nature allows.

Even with the help of three hired hands, improving efficiency continues to be a priority for Elbert. He says one of his biggest time savings has come through the investment on his Cornstalk Special with an Inline™ Ramp.

“When Vermeer began testing the Inline Ramp, I was involved with that,” Elbert explains. “The first year they offered the Cornstalk Special with the Inline Ramp, I bought one. I like the attachment because it just makes the whole process of moving bales faster. It’s also a lot easier on the bale mover and tractor since you’re not bouncing over the rows to collect your bales. Not to mention, it’s easier on the operator because he’s traveling directly down the row instead of across it.”

Elbert recalls a change of heart from one of his operators during last year’s season.

After bales are picked up and placed on the bale mover, Elbert says he stacks them at the end of the field, where they remain until winter when he and two hired hands deliver them to POET.

Because Elbert is moving bales twice, he says quality of netwrap is highly important to his operation.

“All of the netwrap I use is Vermeer netwrap,” Elbert says. “I use it because I think it’s the toughest on the market. It takes the most abuse, which is important to us because we move bales to the end of the field, then load them onto the semi-trailers and take them to POET. We do a lot of hauling in the winter, so we have troubles with bales freezing down. We obviously want netwrap that is tough enough to hold up in those conditions.”

“Right now I’m working for the farmers and the farmers are getting paid by POET,” Elbert says. “POET is focusing on getting Project LIBERTY going, and once that opens they’ll space out deliveries. Their goal is to get bales coming in 12 months out of the year.”

Elbert says his hope is that the cellulosic ethanol plant creates an even bigger need for corn stover and cornstalk baling in the area. He says he’s confident that good things will come from the plant.

“Not only will jobs be created at the plant itself, but there will also be jobs created when custom operations in the area start producing more and more cornstalk bales,” Elbert says. “They’ll need an operator for every baler they own, and they’ll need people to transport bales as well. All of this will help the local economy.”

In addition to the cellulosic ethanol plant helping the economy, Elbert also believes it’s providing a chance to be a good steward.

“One of the main advantages I see is that we are being more productive with our land because we’re getting more off of it,” Elbert says. “Not only are we using the corn, but we’re also using the crop residue too.”

Productivity is key in cornstalk baling, and Elbert feels that Vermeer is helping the productivity of his operation.

“I think the Cornstalk Special is the best baler on the market along with the best service for balers,” Elbert adds. “The local Vermeer dealer service is great. They understand that when it’s time to bale, it’s time to bale.”

No matter if you are baling cornstalks for an ethanol plant or to be used as feed and bedding for cattle, the need to be up and running when weather conditions allow is a top priority. Elbert knows this, and he hopes to achieve even more efficiency in the future as well.

“I hope to add a third Cornstalk Special Baler with an Inline Ramp,” Elbert says. “That’s my goal.” 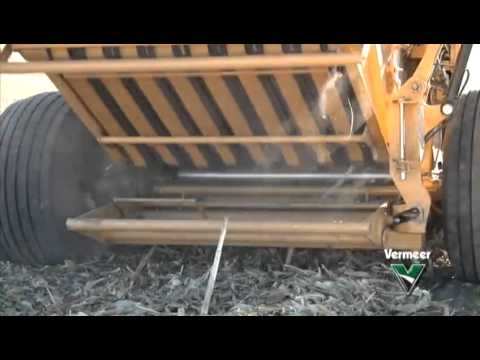 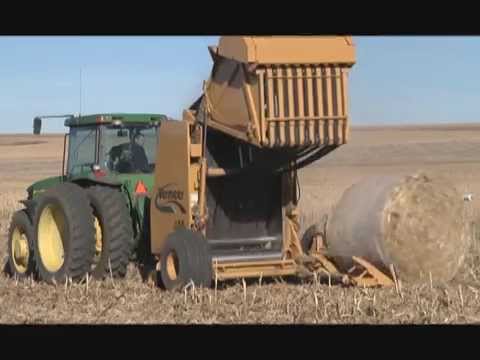