On the Road Again

When Denny Sternquist returned from the service in 1971, he had dreams of becoming a turbine engine mechanic for the airlines. So, at the age of 21, he enrolled in night school and began working toward his Airframe and Powerplant (A&P) license. Denny Sternquist was on his way. Of course, sometimes life gets in the way of our plans. It certainly changed his.

At the time, Denny’s father owned a small implement dealership in Minnesota and he asked Denny to come on board to help him out. Needing the money, Denny accepted the job, where he started out driving trucks and setting up equipment for customers, before eventually working his way into sales. The ag equipment business suited him well. Perhaps too well, for it soon became clear he’d never become a turbine engine mechanic.

Instead he became an ag equipment territory manager (or “territory man” as he calls it). When his family eventually sold off the dealership, another ag equipment manufacturer came calling about a sales job. Denny accepted the position and spent nine good years with the company. Perhaps he’d still be there if Al Van Dyke (a longtime Vermeer Sales Manager) hadn’t started calling about a sales job at Vermeer. Satisfied enough with his current employer, Denny resisted at first, for several months actually, but Al persisted.

“Every Monday morning Al would call me and say ‘Denny, we’re looking for a rep here and we really want you to come down to Pella. Will you just come down and look at what we have to offer?’ This went on for months,” said Sternquist. “So finally I came down to Pella and my reaction was similar, I think, to that of new dealers and customers who visit Vermeer for the first time. It’s an eye-opening experience. There’s just something about the Vermeer mile. It overwhelms you.”

Denny joined Vermeer in 1997 and spent the next 16 years zigzagging across Minnesota and parts of Wisconsin and the Dakotas, visiting the Vermeer dealers and customers in his territory. Then in 2013, Denny was ready to make his last sales call, ready to retire and spend his golden years traveling with Heidi, his wife of 46 years.

At the time, Vermeer was looking for someone to go on the road and visit dealerships and customers to perform product demonstrations and trainings for its new line of mower conditioners. Knowing that Denny was the right man for the job, Vermeer asked if he wouldn’t put off retirement for at least another year. Denny, who turned 65 in February, accepted and became the face of the new line of mower conditioners.

“Most of our farmer-rancher customers have always known Vermeer to be a leader in the round baler market, but not all of them know that we have done as much innovation in the mower conditioner market as anybody in the industry,” said Sternquist. “This is a line that has improved immensely performance and innovation wise in recent years, yet not everybody realizes how advanced these machines are. They really just need to give it a look.”

And it became Denny’s job to show it to them. Last year, he traveled to countless dealerships, farms and ranches across the country, from Pennsylvania down to Texas, teaching folks about the performance benefits and innovative features of the Vermeer MC2800, MC3300 and MC3700 mower conditioners. Joining him on many of these trips was his wife, Heidi, which made a good time even better for Denny.

“One of the things I noticed as I went throughout the country is how accommodating our dealers and customers are,” said Sternquist. “There would be times I’d call a dealer and tell them I was a day ahead of schedule, and they’d say come on by. They would drop everything and listen to what I had to say. With customers, I’d ask for a half hour, maybe an hour of their time, and wind up spending three, four hours at their place talking. Everybody seemed genuinely appreciative of the things I showed them and talked about.”

Denny said he was also surprised by how much he learned during the trips. Having spent his entire 40- year career dealing mostly with farmers and ranchers in Minnesota, Wisconsin and the Dakotas, he enjoyed learning about the different ways people put up hay in states like Texas, Missouri, Kentucky and Tennessee.

“We would teach each other a little bit, and both be the better for it,” he said.

In addition, Denny said most of the farmers and ranchers he visited with were surprised by how simple, innovative and convenient many of the features are on the Vermeer mower conditioners. Some had no idea Vermeer even made mower conditioners, which made his presentations all the more impressive.

"Just from one end of the machine to the other, we have made so many improvements to make the mower conditioner easy to use and maintain."

One feature Denny particularly enjoys showing people is the nitrogen-charged accumulator suspension system, which provides consistent weight on the cutter bar throughout the full range of motion, reducing ground contact and ensuring a consistent cut. The system, he said, makes it quick and easy to set flotation.

“Once we get the mower conditioner hooked to the tractor, let’s set the flotation some place nice and level. Once the flotation and the pitch, or cutting height, are both set, you’re ready to go to the field. The whole process takes a few minutes at most, and no tools are required. People see this as a huge advantage compared to competitive models,” said Sternquist.

To demonstrate how the Quick-Clip® Blade Retention System and Quick-Change™ Shear Ring simplify changing blades and repairing sheared discs, Denny encourages people to perform the functions themselves. He said it really helps showcase the simplicity and accessibility that make Vermeer mower conditioners some of the most maintenance friendly models on the market.

“Just from one end of the machine to the other, we have made so many improvements to make the mower conditioner easy to use and maintain,” said Sternquist. “Vermeer has probably kept this line a little bit of a secret. We need to ask our farmerrancher friends who use our other products to take a closer look at the mower conditioners. If they see what Vermeer has to offer, they will be impressed.”

And if Vermeer needs somebody to go back out on the road to talk to more dealers and customers about the new mower conditioner line, they know whom to ask.

“Sometimes work is work, but this has really become fun for me. I’ve been having an absolute blast, and my wife’s been able to come with me. I’m really looking forward to what may be in store for the next year,” said Sternquist, who considers being a territory man for Vermeer about the best job a man can get. “If I could do it all over again, I’d have gone to work for Vermeer right after I got home from the service. That’s about the only thing that could have been better.” 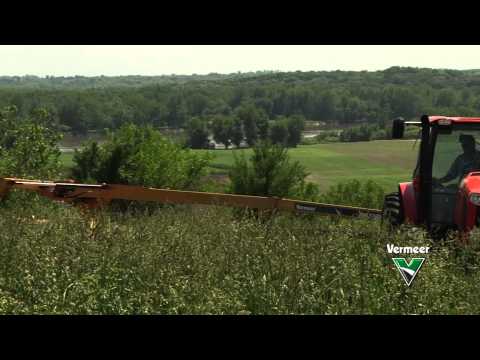 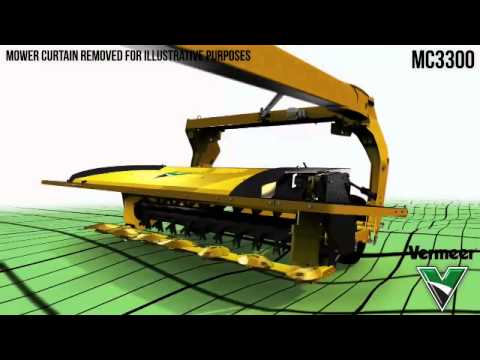