Why Jerry Kuhbacher Switched to the Vermeer R2800 Twin Rake

Up in the northeast corner of Wyoming is a town called Rockypoint – population 14,000 or so. A local man by the name Jerry Kuhbacher and his two sons own roughly 11,000 acres of land in the area, none of which is any closer than 15 minutes from the nearest two-lane highway. This is big country.

“We’ve got some fields that are 15 miles from the north end to the south end. So when you think about it, it’s hard to get home some nights,” Jerry concedes with a laugh.

The 71-year-old has been making hay for over 50 years. He started out with his father in the early ‘60s working a decent size ranch, and he’s been adding to it ever since. At this point, the custom operator has built a pretty steady clientele of customers.

“We can farm about 5,000 acres of it. We’ve got that much in hay or improved acres that’s just grazed,” Jerry said. “We love to get a ton and a half (of hay) per acre, otherwise we’ll graze if it goes less than a ton. If everything’s right and mother nature abides, we put up a lot of two-ton hay. But everything’s gotta be good.”

With all that land to cover, the Kuhbachers decided a few years back to move from a 16-foot cut to 18-foot swaths. It was then that they took a look at the Vermeer R2800 twin rake.

“We went to the bigger head so we needed more width on the rake,” said Justin Kuhbacher. “So that was the main reason we switched to the R2800. We had to get the width. And when you’re in two, two-and-a-half ton hay, you’re talking monster windrows. Other rakes wouldn’t pick it up.”

For quite a few years, the Kuhbachers didn’t rake at all because they didn’t want to incorporate dirt in the hay. According to Michael Kuhbacher, that’s no longer an issue.

“The R2800 being hydraulic, you can lift it up how you need to. If you’ve got all smooth fields, you can set that baby right on top and lift it up if need be, depending on slopes and how big of a windrow you’ve got,” Michael said. “With previous rakes you had to shift down in heavy stuff to 4, 4.5 miles per hour. But now we’re steady at 6, 6.5 miles an hour, even with big windrows. That’s huge.”

Work days are long out here, which is why the Kuhbachers appreciate machinery that’s easy to use and to maintain.

“Used to be, I had to have somebody come help me fold up a rake. And if they’re a few miles away, that can mean you’re wasting quite a bit of time,” said Justin. “But now when you get done with a field, just hit a button, fold it up and you’re off. No more jumping out of the cab and wasting maybe half an hour folding up a rake.”

After using the R2800 for three full seasons, the Kuhbachers said it still looks like it came off the truck yesterday. The only maintenance to speak of has been a little grease here and there.

“If you have no maintenance to speak of, you don’t have to worry about putting money back into the implement,” Michael said. “You can just buy the product and use it like you need to, and then when you’re done with it you know it still has good value. Even after running the R2800 for a few years, I know the resell value is gonna be great.”

And that’s why the Kuhbachers switched to the Vermeer R2800 twin rake. 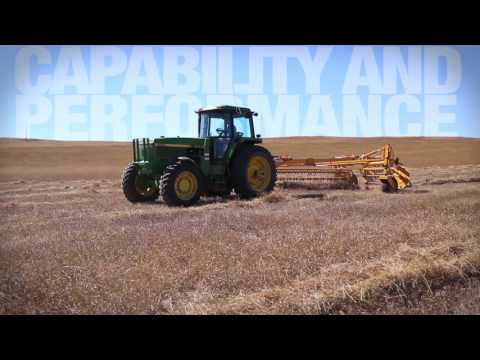